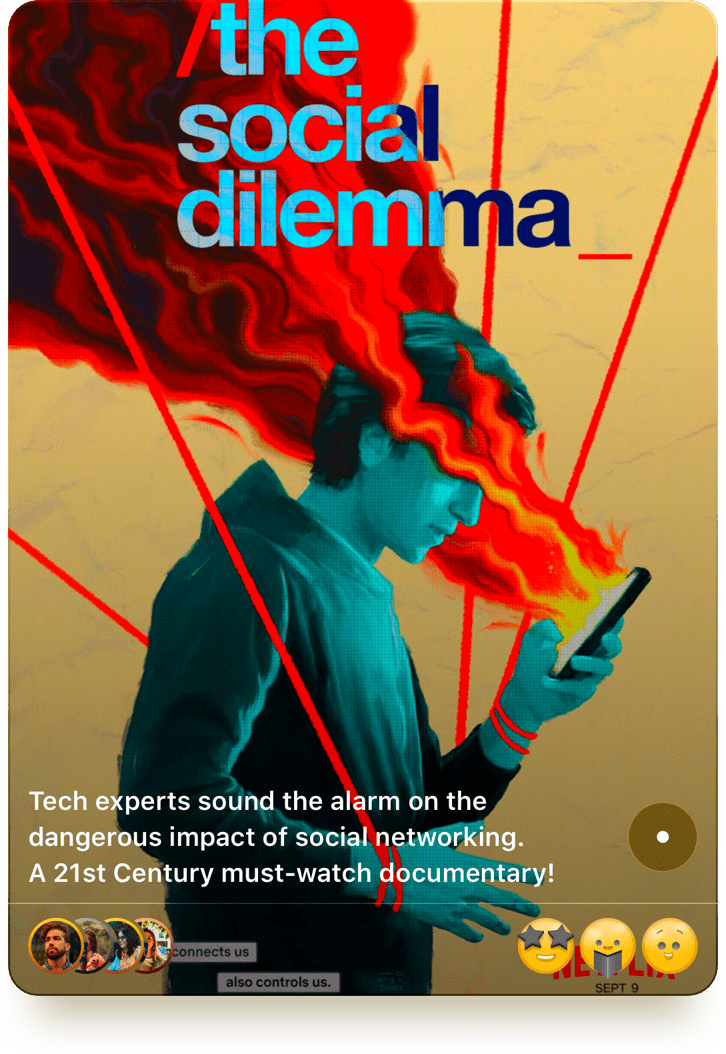 A Documentary called The Social Dilemma had reached 34 million views in the first four weeks after being released on Netflix. It is the first mainstream motion picture to offer a fascinating dive into the dark side of the technologies and products we depend on every day.

It tells a story in a hybrid documentary form -- partly interviewing Silicon Valley insiders who build these addictive products and partly showing the story of a hypothetical family affected by the detrimental and insidious effects of everyday products like Facebook, WhatsApp, Instagram, Snapchat, TikTok and more.

Its prime suspect of the documentary are the algorithms that control what we experience on our newsfeeds. With daily use, slowly but surely a so-called digital voodoo doll is created that looks more and more like us. As it understands us better by every passing day, it becomes better equipped to manipulate us in ways that circumvent our conscious awareness.

The Social Dilemma is a must-watch documentary in the 21st Century because of how far-reaching the problem at hand touches each and every one of us.

Watch the documentary on Netflix today