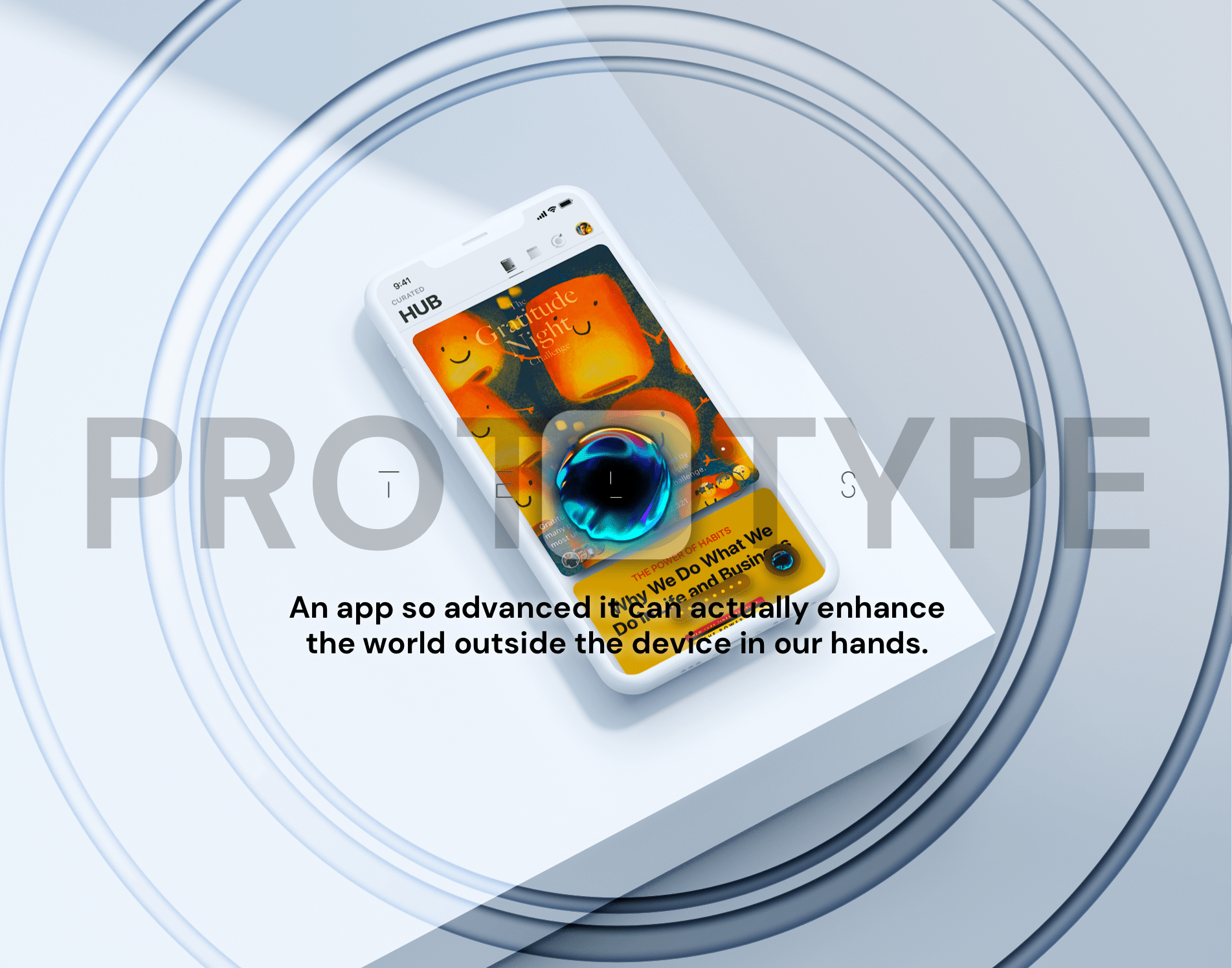 What information consumes is rather obvious: it consumes the attention of its recipients. Hence a wealth of information creates a poverty of attention.

Background: I am a curious autodidact, product designer, and entrepreneur from Amsterdam. I am deeply grateful for my life and therefore want to make it an exceptional one. It is my endeavor to prep for the longest cycle and to listen to the greatest thinkers -- refraining from reinventing the wheel out of egotism.

I struggled in school (a lot), but fortunately had the following epiphany pretty young: "I don't know (pretty much ) anything". But illustrious individuals do 'know'…so I better start listening. And I fell in love with it; studying for something other than a job description has become the most autotelic activity in my life. I promised myself I would never allow my curiosity to be hurt. Rejecting the idea that passion is something to be ‘discovered’, while in factuality it is something each individual cultivates. Thus, following my passion before being comfortable; trying new things…inevitably failing…improving…succeeding, and then doing it all again and again.

I started designing and prototyping digital user experiences as early as seventeen, freelancing and reading 200+ non-fiction books about well-being, psychology, organizations, marketing, economics, startups and much more. The original idea of Telos was formed 5 years prior to writing this as something I myself badly wanted, could build, and incumbents didn’t see as worth doing.

"The real problem of humanity is the following: We have Paleolithic emotions, medieval institutions and godlike technology."

I wrote another blog post titled Two Conundrums which dives deeper into my perspective regarding our current social dilemma,  but overall, it has four disruptive prerequisites.

Much has changed in a short time. Through breakthrough technologies, we have learned more about the brain over the last 50 years than we have over the preceding 500 years. With this new knowledge, we created fields specializing in choice architectures, conditioning, habit formation, and much more that led us to our first pillar; reliably influencing human behavior through 'persuasion-technology'.

The internet was the second pillar; establishing a boundless global infrastructure that enabled the monstrous scale of today's tech incumbents. The internet is hard to define, but one could sum it up nicely as : Anything, Anytime, Anywhere Through its information highways, information could suddenly reach every computer in the world instantaneously, but it was still confined to the home. Losing its hold on people whenever they were on the move. At least that was until the third pillar, smartphones, solved this obstruction and completely eliminated a valid reason to not  always  be online — for the first time, people could be somewhere physically with their mind completely elsewhere. Needless to say, the social customs around these behaviours drastically changed what is considered acceptable thus reinforcing itself.

The fourth and final pillar consists of advertisement companies themselves, commonly referred to as 'social networks'. With the imperative to 'grow fast and break things', they employed a business model of reselling the attention of the user to other firms. Unlike the Attention Merchant that came before,  these companies would not create their own content. Instead, they offloaded this to users who would now  generate their own. Keeping users impulsively checking their screens by hijacking our most default inclination: to be a social creature. Most severely impacting those of us with undeveloped cognitive control, such as children and teens — see a pattern?

Most people struggle to keep up with the volume and velocity of life in the 21st Century. Society at large is increasingly displaying symptoms of a clinically depressed individual. As a result of these broad forces, massive changes have occurred in the thought processes of billions of people that to a psychologist is highly reminiscent of catastrophizing, overgeneralising, dichotomous thinking, mind reading, negative filtering, and discounting positives. For all the real progress that has been made, let's not forget the devil is in the details; some changes, even those dubbed 'social', can leave us the poorer for it. Whatever economies around the globe are supplying us with, let us not forget that Western societies around the globe are verifiably generally more unhappy, lonely, anxious, stressed, overwhelmed, polarised, distracted, and suicidal than they were five decades ago. Somewhere there was a fork in the road and I believe the wrong path was taken.

I wanted to point out that many people nowadays believe the problem to be to find ways to spent less time on their screens. However, what makes life meaningful and pleasurable happens off-screen, and the problem in its core is not about about spending less time on your phone but wanting to spent more time on life. Additionally, unlike many others, I do not believe the current bargain between being a technologically advanced society and frankly not being depressed is a necessary one. I believe that the negative impacts modern tech has are not inexorable from the technology itself.

Lately, many very smart people have become whistleblowers and gone to great lengths to inform the public about the true extent of what  has been dubbed The Social Dilemma. People increasingly have organised in order to tackle this broad problem. The T‍ime Well Spent Movement and the affiliate Center of Humane Technology (CHT) are two excellent examples of this. A few of my personal favourite individuals so far are Tristan Harris, Tim Wu, Shoshana Zuboff, Roger McNamee, and Daniel Schmachtenberger. Their insights have proven to be invaluable and some of the guiding principles behind Telos.

Social networks are about self-comparison. The next global phenomenon will be a social framework centred around self-development.

At Telos, we believe every human being feels the innate desire to live, love, learn, and leave a legacy. We foster a future where more autotelic hearts and telic minds walk this earth and experience indelible moments. Offline. Together.

For people overwhelmed by the volume and velocity of modern life always distracted by newsfeeds and chats designed to hold their attention indefinitely. People who are in search of themselves, focus, privacy, and offline companionships. Our app, Telos, equips people with the essentials to deliberate, communicate and collaborate in the 21st Century. Unlike social networks which are centred around self-comparison and increasing screen time leaving us more: addicted, constantly interrupted, lonely, confused, and overwhelmed. Free of charge, we offer the world’s first social framework centred around self-development. A wholesome all-in-one system for all your to-do’s, reminders, events, habits, projects, and much more in order to direct time and energy in harmony with values, as we put our phones back in our pockets as fast as we possibly can.

If we had a multi-million dollar marketing budget, we would tell the relatable story of an individual desperately navigating yet another distracting day — something billions of people around the world are faced with everyday. We would sprinkle all-too-common examples of everyday apps and platforms throughout and hint to a better way to live. Fortunately...Max Stossel was ahead of us!

"[…] should you make digital tools so advance they can actually enhance the world outside the device in our hand. ‍Can you add so much value that it lets us put our phones back in our pants as fast as we possible can. Not time sucking. Time giving innovation. That is what its means to be truly technologically advance. The future is not all screens. It is humanity enhanced."

Without giving away too much, as of writing this, Telos is developing its own mobile application. Its first version is a humble iOS app that demonstrates the significance of time well spent through a special exercise called The Gratitude Night devised by positive psychologist Martin E.P. Seligman. Why? Because it is an amazing demonstration of a non-material experience with stupendous positive affect, yet utterly ignored.

At Telos, we fell in love with the idea after stumbling upon it in Martin Seligman's non-fiction book Learned Optimism. Yet there is, of course, a large chasm of inertia between an intellectual commitment and an actual behavioural change, and admittedly we struggled to implement it ourselves. How can we bridge this gap?

We created a beautifully designed app that explains the exercise well, it bullets every essential step of the exercise, and then finally develop a unique way of adding them to your daily to-do list. Please try it out for free and review it — if it is worthy, we are sure you will share and talk about it with the people you care about! Your feedback will allow us to propel Telos forward and build something designed to be loved.